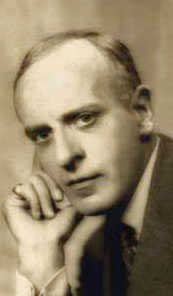 Eric Gardner was born in 1877, the third son of George Gardner, of Hackney. He was educated at Merchant Taylors' School and then Caius College, Cambridge, where he rowed. He did his medical training at the London Hospital Medical School and qualified as a doctor in 1904. He held positions at the London Hospital and then at the Hospital for Sick Children, Great Ormond Street, before he moved to Weybridge in 1906 to become a G.P. in the practice of Dr. Chapple. From 1906 onwards Weybridge was his home for the rest of his life.

Eric Gardner was a man with a wide variety of interests and talents which he employed to the full. He worked as a G.P. in Weybridge for thirty years until 1936. In 1907 he married Dora Constance Smith and they had three sons, one of whom was a pilot, killed during WWII in North Africa. During the 1930's they lived at Portmore House, a notable listed building opposite St. James Parish Church in Weybridge. He is buried along with his wife in Weybridge Cemetery.

Brooklands and the Locke Kings

When the Brooklands motor racetrack was built by Hugh Locke King in 1907 Eric became its medical officer, which would have involved being on duty on the various Saturdays and Bank Holidays when racing took place. In this capacity he became a specialist in treating the complex injuries brought about by high-speed motor accidents. In particular he is credited with being the inventor of the modern crash helmet for motorcyclists after his experience dealing with head injuries at the track. He designed a new style of helmet, which was first used at the Isle of Man TT races in 1914. When flying started at Brooklands in 1909 he was also involved in treating accident victims among the early aviation pioneers.

Founder and Curator of Weybridge Museum

Eric's interest in history and archaeology started early on during his time in Weybridge because by 1909 he was instrumental in getting Weybridge U.D.C. to set up a museum for the town, originally situated in the Council Offices on Church Street near the junction with Baker Street. He was Honorary Curator of the museum from 1909 until his death in 1951.

From about 1910 Eric was a council member of the Surrey Archaeological Society and was its Honorary Local Secretary for Weybridge. In 1911 the Society published Eric's paper about the ancient camp and hill fort on St.George's Hill, Weybridge. He led the excavation work on the site, which found Iron Age pottery and evidence of iron working. He deduced there was a path down to the River Wey from the site and later discovered an Iron Age and later mediaeval iron smelting site close to the river in the Brooklands Estate which was excavated in the 1960's and early 1970's. He suggested its iron ore would have come from the St.George's Hill site. The next year the Society published another article from Eric entitled 'Some Prehistoric and Saxon Antiquities Found in the Neighbourhood of Weybridqe'. This detailed numerous artefacts found over an area covering Walton, Weybridge, Wisley and Woking. Later in life he became a Fellow of the Society of Antiquaries (FSA).

During his early time in Weybridge Eric became a local councillor and was Chairman of the Weybridge Council in 1913.

World War One and the Brooklands Connection

When WWI broke out in 1914, the Royal Flying Corps took over the Brooklands site and Eric was involved in assessing the medical and psychological fitness and suitability of pilots for flying. He also sat on the British Red Cross local committee and was in charge of the Rest Station at Weybridge to service the local territorials. The Auxiliary Hospitals in Weybridge and Walton also benefitted from his expertise. During this time he would have become close to Ethel Locke King, the wife of Hugh, who was Assistant County Director of the British Red Cross for Surrey and who set up and ran fourteen Auxiliary hospitals in the County. Later, in April 1917, Eric was commissioned into the Royal Army Medical Corps and served on the Macedonian front in Greece around Thessaloniki.

He was the personal physician to the Locke Kings and was present at Hugh's death and at his funeral in 1926.

Through his work as a local G.P. and at the Brooklands track, Eric was involved at the Weybridge Cottage Hospital. In 1923 the hospital board decided that the building and its facilities were inadequate and that a totally new hospital was needed. A Building Committee was set up and charged with finding a site and raising funds to build the new hospital. Eric was Chairman of the Committee and it was he who approached Hugh Locke King about purchasing the site of Vigo House on Church Street, a building owned by Locke King. Much to Eric's surprise Locke King offered it as a gift. Even so, large amounts of money still had to be raised and eventually the new Weybridge Hospital was opened in January 1928 by H.R.H. Princess Beatrice.

Pathology and the Chalk Pit Murder

In 1936 Eric retired from general practice to become pathologist for the Surrey Coroner, and soon made a reputation in forensic medicine. Among several important cases, one in particular brought him into public awareness and this was the "Chalk-Pit Murder" of 1946. Initially thought to be an accident, Eric's thorough investigation and subsequent insistence that it was a murder resulted in the conviction of the perpetrators. He retired not long afterwards thought to be due to health reasons, but probably because of the strain which this case involved.

During 1947 Eric was at the Montana Hall, an English Sanatorium for British Patients in Switzerland. Whilst there he wrote an eleven page letter about his reminiscences of Weybridge Hospital, which later became a major part of a booklet on the history of the hospital.

The Position Assumed by a Dead Body in Water....

It is clear from numerous references and published letters that Eric spent much of his spare time reading and looking for historical information, and talking to a variety of older people about many local subjects. A wonderful example is a letter he wrote to the British Medical Journal in 1950 entitled 'The Position Assumed by a Dead Body in Water'. In it he describes his own experience of examining drowned people, his discussions with river users and officials, and a couple of historical references going back to the fifteenth century. The summary was that "a woman after death floats face downwards, but a man floats on his back".

A related interest of his was as a collector of Surrey ghost stories, folk medicine and folklore, which he did between 1906 and 1920; some were published in the book 'Surrey' by Eric Parker in 1947.

Eric was an eminent collector of atlases by the famous mapmaker John Speed. In particular he owned a rare hand-coloured set of proofs of 'The Theatre Of The Empire Of Great Britaine'. This map (known as the Gardner copy) is now in the University of Cambridge Library and is regarded as one of its greatest map treasures. It was the first complete atlas of the British Isles and contained sixty-seven county maps.

He was Vice President of the Medico-Legal Society and contributed several papers to the literature on medico-legal problems. He was also a Liveryman of the Drapers' Company.