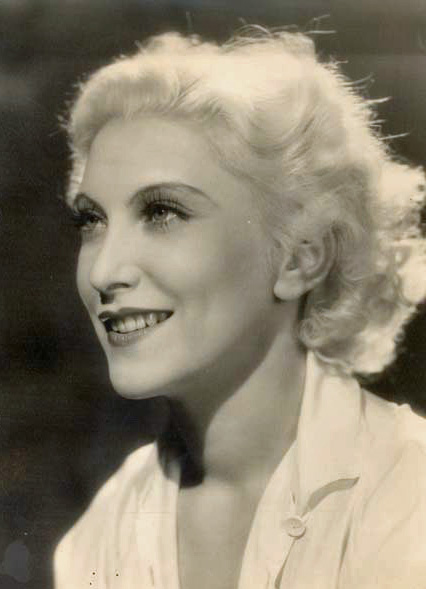 Frances Day [real name Frances Victoria Schenck] (1908 - 1984), film and stage actress and singer. The American-born actress began in New York as a nightclub singer before achieving great popularity in the 1930s on the musical stage in London. The Australian impresario, Beaumont Alexander, brought her to London, changed her name to Frances Day, transformed her into a platinum blonde (not her natural colour), sent her to elocution lessons to lose her New Jersey accent, then managed her career as one of London's first erotic cabaret stars, dancing in West End nightclubs, where she created a sensation by performing in a G-string with only an ostrich fan for cover. In 1932 she found stardom in the West End musical 'Out Of The Bottle', aged just 23. The following year, she found film stardom for her sexual performance as a notorious nightclub singer in Alexander Korda's movie 'The Girl From Maxim's'. Day was flagrantly bisexual, having affairs with Tallulah Bankhead and Marlene Dietrich, and attracting the passionate admiration of Eleanor Roosevelt and George Bernard Shaw, who wrote one of his last plays for her, and was the mistress of the Prince of Wales (later King Edward VII), his brother Prince George, Lord Louis Mountbatten, Prince Bernhard of the Netherlands, Prince Bertil of Sweden, and Britain's Foreign Secretary and future British Prime Minister, Anthony Eden. She bought and refurbished Wayneflete's Tower in 1941, installing drainage and water, and a lift (to supplement the spiral staircase) found on a bombsite. 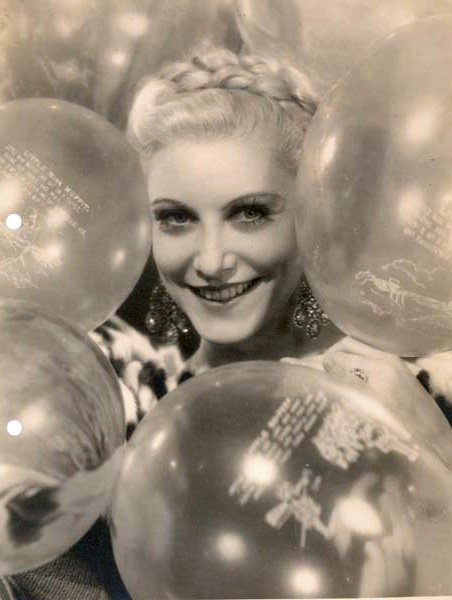