Aged two, Helen Taylor moved to Walton-on-Thames with her mother, Harriet, when she separated from Helen's father John Taylor in 1833. Her family life was torn apart as her two elder siblings continued living with her father in London. Her mother Harriet had earlier begun an affair with John Stuart Mill, which had scandalised London society.

Facing social disapproval and isolation, Harriet moved to Walton-on-Thames to spare her husband and family further indignity, but continued her relationship with John Stuart Mill, who stayed with them at the weekends. Helen Taylor's life and work is usually only remembered in reference to her famous mother, Harriet Taylor Mill, and stepfather, John Stuart Mill. 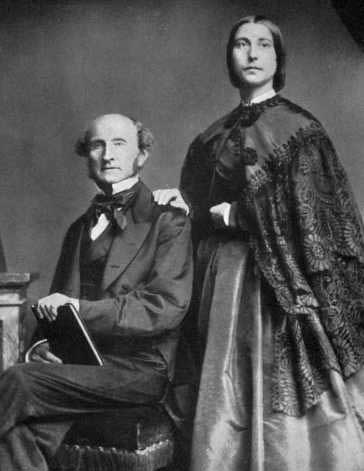 However, Helen Taylor was a notable advocate of woman's suffrage and a woman's rights activist in her own right. Moreover, her public activities on behalf of women continued long after the death of her celebrated mother and stepfather. Following his death in 1873, Helen Taylor published John Stuart Mill's autobiography, to which she added a postscript.

In 1876, she ran a successful campaign for the London School Board in the Borough of Southwark, a post she held for the next two elections. During nine years on the school board, Taylor fought for the rights of poor children, and for equal financial support for boys and girls schools. She also advocated equal pay for male and female teachers.

In 1885 Taylor ran for Parliament as the Camberwell Radicals candidate, but her nomination was refused by the returning officer. In the 1880s, Taylor joined the Moral Reform Movement when it was founded in 1881. Her special concern was to help "fallen women," to eliminate the double standards of sexuality, and to erase the legacy of the Contagious Diseases Act in India. By the end of the decade Taylor was campaigning for Home Rule in Ireland.

By 1900, when she was in her late sixties, Helen's health deteriorated and she retired from public life.