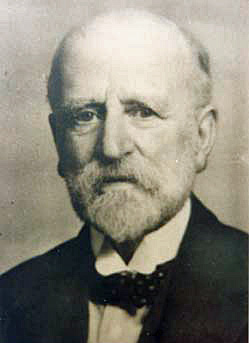 Sir Philip Pilditch, Baronet, Justice of the Peace and Member of Parliament resided at "Bartropps", The Heath, Weybridge, Surrey.

When he was eighteen Philip Pilditch, a Plymouth schoolboy, answered an advertisement for a job as a clerk in a firm of architects called "Cronk" in London and began work there, studying for qualifications in his spare time. His drive, ability and dogged determination lead to great success, running his own business and developing key estates and buildings in London from which he made his fortune. He married Emily Lewis on 11th July 1888 and they had two sons and a daughter.

Once established in his career he devoted a lot of time to public service, including membership of Westminster, and London County Councils. He served as the MP for Spelthorne from 1918 to 1931. He was knighted for his public services in 1918 and made a baronet in 1929.

He was such a capable and energetic man that he was able to run several careers. Over his lifetime he was a councillor, a JP, he set up and funded army volunteer battalions, wrote books, steered the committee which preserved Hadrians Wall and drove forward the Society in Plymouth which aimed to save its Elizabethan heritage. Along with his family, he took care of his mother and his dead brother's son and travelled extensively.

Sir Philip loved Weybridge. He discovered the town when visiting friends and enjoyed the relative peace of the countryside and the sound of birdsong. He moved his family first to "Mansfield", Elgin Road in 1894 and then in 1902 to a house with a beautiful garden on the Heath called "Bartropps" where he was to remain for nearly fifty years. "Bartropps" was a walled estate with staff cottages, woodlands, a kitchen garden, orchard, and glasshouses full of peaches and grapes.

Anyone meeting this happy , successful and very rich man would have never guessed his background - and he never spoke publicly about it. He came from a long line of hard working Devon men who were carpenters and builders - stretching back over the centuries from Plymouth across the South Hams to the lovely village of Thurlestone. He was the oldest of nine children but his father - also called Philip - suffered a breakdown in health and the family lived a hand to mouth existence on the small income from the shop his mother ran.

One by one his siblings died, leaving only three others who grew to maturity. Even so, one of these died at the age of seventeen and another died aged twenty nine ( Philip helped to raise and educate his son). There was no money for a headstone for the five little ones who died - they were buried in a common grave - but much later, and poignantly, Sir Philip had one erected.

Sad as all this was, he was a man who lived in the present. He had a great drive to get things done and a gift for bringing together the people who mattered. In Weybridge that had to include Hugh Locke-King, particularly as he owned much of it. Philip pulled people together in common cause, never looking for much credit for himself.

"Mansfield" and the Rifle Club

For example, while living at "Mansfield"' he pursued a wish to form a Rifle Club in Weybridge. He believed 'every man of all classes' should 'learn the use of a rifle' should he be needed to protect his country/community. He approached Hugh Locke-King who offered a piece of ground. A public meeting in Weybridge Hall confirmed support for the idea from the town. The inaugural meeting was held on 4th December 1913, and Hugh Locke King became President and Philip Pilditch became the Captain.

The Club is still going strong . Now called Weybridge Pistol and Rifle Club it celebrated its centenary in 2013 with a dinner at Brooklands with the Duke of Edinburgh as the guest of honour.

As well as his business and community interests Sir Philip loved the outdoor life and belonged to the St Georges Hill Golf Club. He was instrumental in the members' buy-out in 1931 from the original owner - the builder Tarrant. This is something that all members are grateful for- Mr Tarrant needed to raise money and the course could easily have gone to a property developer, either then or later. Sir Philip had indicated to the Secretary that if the chance came for the members to buy the Club he would like to have a go at raising the money.

The chance did come, so Sir Philip joined the Club committee on 3 January 1931 and a month later presented an outline plan. A sub committee was formed to carry forward his plan and on June 13th Sir Philip reported that there was enough money to buy shares and the freehold , but a little more money was needed to by estate cottages and provide working capital. By the beginning of August these monies were found, and a formal contract could be signed. Never a man to let the grass grow under his feet!

The End of an Era

He lived till the age of eighty seven and is buried in Weybridge Cemetery, his grave marked with a fine piece of Dartmoor granite. His wife Emily joined him there in 1954. The lovely "Bartropps" was sold - no-one wanted the large houses anymore. It became a housing estate.

TRANSACTIONS OF THE PLYMOUTH INSTITUTION , VOL 21 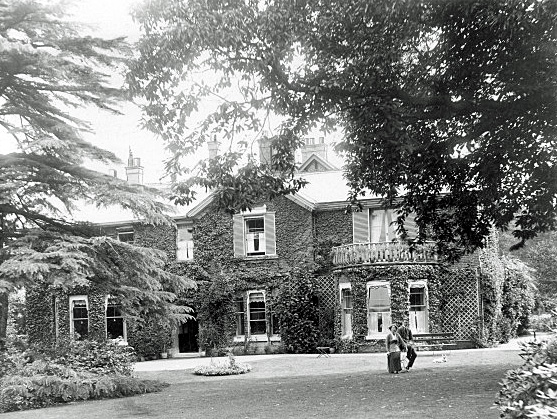