Life in and beyond Elmbridge 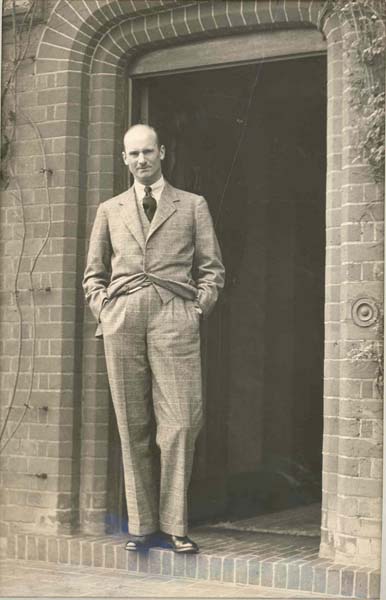 At a dinner in November 1929 to commemorate the success of his play 'Journey's End' R. C. Sherriff observed that he had written it to place on record a simple story of war before the memory died. This 'simple story' changed his life. Journey's End ran for 594 performances in the West End and Sherriff was able to leave his job as a £25 per week insurance adjuster to pursue a writing career, as he said, 'This was the stuff of romantic dreams'. He would go on to be the highest paid English screenwriter in Hollywood.

Robert (Bob) Cedric Sherriff was born on 6 June 1896 at Hampton Wick, the son of Herbert Hankin Sherriff and his wife Constance. He attended Kingston Grammar School where he was captain of cricket and rowing and edited a magazine. When he left school in 1914 he followed his father into the insurance business and joined Sun Assurance in London as a clerk. A week after the outbreak of war in August 1914 the British Army advertised for young men between the ages of 17 and 30 to serve as officers; the 18 year old Sherriff decided to apply. 'I was excited, enthusiastic. It would be far more interesting to be an officer than a man in the ranks...' he later recalled. However, he was not one of the 'suitable young men' they were looking for; on being told that he had been to Kingston Grammar School the recruiting adjutant replied 'I'm sorry but I'm afraid it isn't a public school.' Sherriff applied again in November 1915, and having lost so many junior officers, the army could no longer afford to discriminate against those educated at grammar schools, and he was granted a commission in the East Surrey Regiment.

After completing his training he received orders to join the 9th Battalion of the East Surrey Regiment on the Western Front; and he arrived in France at 2pm on Thursday 28 September 1916. He went up to the front line during the night of 8-9 October and accompanied the Captain on his rounds. This experience provided much needed confidence before 2/Lt. Sherriff led his platoon forward to the front line on 11 October. His first taste of life at the Front was dispiriting. He found the waiting and boredom depressing and declared that there was 'no glory or heroism in war now.' Over the next four months Sherriff served at Vimy Ridge and Messines Ridge. He was wounded on 27 January 1917 and spent two weeks out of the line; he also suffered from neuralgia which had plagued him since childhood. Encouraged by gains made at Messines Ridge, General Sir Douglas Haig, British Commander in Chief in France believed the moment was right to achieve a breakthrough in German lines. So a major offensive was launched at Passchendaele (third Battle of Ypres) and on 31 July 1917 Sherriff and his men were among those called into the attack on German positions. 'The order came to advance. There was no dramatic leap out of the trenches. The sandbags on the parapet were so slimy with rain and rotten with age that they fell apart when you tried to grip them. You had to crawl out through a slough of mud......From then on the whole thing became a drawn out nightmare.' These experiences at Passchendaele are recorded in his autobiography (No Leading Lady, 1968). Sherriff went on to describe the dead bodies from the previous Battles of Ypres being unearthed by the falling shells, flung into the air and disintegrating. Eventually he found himself in a former German support trench with a British officer, who had with him just 15 of the 100 men he started out with. They were completely isolated. After an hour Sherriff and his runner were sent to explore the trench, and were wounded when a shell hit a concrete pill-box just five yards away showering them with shrapnel 'I remember putting my hand to the right side of my face and feeling nothing; to my horror I thought that the whole side had been blown away.' He eventually made 'the long trek' to a ramshackle dressing station covered in mud and blood; the doctor swabbed the wounds and said, "You don't seem to have got anything very deep. Can you go on?" This was Sherriff's last experience of combat. His injuries were serious enough for him to be sent home to hospital in Hampshire. Further bouts of illness meant that he never returned to the Front although he trained new recruits and officers. He was discharged with the rank of Captain in March 1919.His injury may well have saved his life.

Sherriff returned to working for Sun Assurance and pursued his love of rowing with Kingston Rowing Club, of which he became Captain. His first literary works were plays to raise funds for the Club. The inaugural play 'A Hitch in Proceedings' (1921) was well received, and the club, wanting to make such a performance an annual feature formed the Adventurers Dramatic Society. Further successes followed but Sherriff had resigned from the Club by the time he wrote 'Journey's End'. He sent the manuscript to the agents Curtis Brown, but initial attempts to find a theatre manager prepared to put it on failed, because they did not think a play with an all male cast and no leading lady (a phrase Sherriff would later put to good use as the title of his autobiography!) would attract audiences. Finally, the Incorporated Stage Society, famous for its highbrow productions agreed to mount two performances at the Apollo Theatre on the 9th and 10th December 1928. The then unknown James Whale was selected to be the director and he in turn chose the 21 year old Laurence Olivier to play the leading role of Captain Stanhope. Sherriff was very nervous on the opening night, and his fears seemed to have been confirmed when the applause at the end was restrained, but as his mother pointed out to him people find it difficult to clap when they are in tears. The critics attended on the 10th December and their reviews were all favourable; The Times' theatre critic, James Agate, even devoted the whole of his weekly radio review to 'Journey's End'. The play moved to the West End, opening at the Savoy Theatre on 21st January 1929, without Laurence Olivier who had accepted the lead in a production of 'Beau Geste'. He was replaced by Colin Clive. After three weeks at the Savoy, 'Journey's End' transferred to the Prince of Wales Theatre, and closed two years later.
The play premiered on Broadway with an all British cast on 22 March 1929, with the Hollywood film version being made in 1930. By the end of that year it had been translated into 27 languages. 'Journey's End' was often described as the play 'that is sweeping the world.' This character study of a small group of British soldiers in a dug-out near St.Quentin just before the last offensive of the war, based on Sherriff's experience and his observations of others held a deep resonance for its audiences. In Sweden one critic opined that 'Mr. Sherriff's play has unloosed an unexpected flood of emotion.....' and in Munich the play was said to have 'produced a deep effect on the audience.' Such was its impact in Munich that the American and British Ambassadors, Chancellor Stresemann, General von Seeckt and Professor Einstein arranged for a special performance of the German version to take place in Berlin (Oct. 1929) in front of an audience of leaders of all branches of public life. On his return from Broadway R. C. Sherriff was a celebrity. He did not need to resume his job as an insurance adjuster and was able to purchase what would become his much loved home, Rosebriars, in Esher. In November 1929 the manuscript of 'Journey's End', donated by its author, was sold for £1,500 to Sir Walter Lawrence at a dinner to commemorate the 10th anniversary of the League of Nations. Sir Walter gave it to the nation.

The next three decades of Sherriff's life were dominated by writing: this included 18 stage plays, including West End successes such as 'Badger's Green'; 8 novels including 'Fortnight in September'; his autobiography, 'No Leading Lady' in 1968 and many classic screenplays such as 'Goodbye Mr Chips' (1939), for which he was nominated for an Oscar, 'Four Feathers' (1939), 'Mrs Miniver' (1942), 'Lady Hamilton'(1941), and 'The Dambusters' (1955). In a recent (Dec. 2012, presented by Simon Heffer) televised review of British war films 'The Dambusters' was singled out for the restraint of its language, particularly in communicating the human cost of the raid. Sherriff's style of writing was not in tune with 'the kitchen sink dramas' of the 1960s and after his play 'A Shred of Evidence' was panned by the London critics in 1961, he ceased writing for the stage; however, he continued to write for television until 1963.

During this time Sherriff continued to indulge his love of cricket and rowing, but his hope of achieving a rowing blue at Oxford was dashed by illness. He went up to New College in 1931 to read History but did not complete his degree; however, he established a scholarship there in 1937, to be awarded as the result of an English Literature examination. His generosity extended to Kingston Rowing Club and Kingston Grammar School, the latter being given a site in Thames Ditton on which to build a boat house. Archaeology was a later enthusiasm which saw him helping to excavate a Roman villa at Angmering and working on Hadrian's Wall. In the late 1930s the prospect of another war must have been horrific for Sherriff, but he used his celebrity to good effect by being a founder member of the Air Raid Defence League and in June 1939 spoke to a gathering of 1200 volunteers at Sandown Racecourse in Esher, congratulating them on their progress and exhorting them to be recruiting sergeants for the Territorial Army and the huge new army of civilian volunteers. This time his war would be confined to the Home Front.

Besides his fine body of work including, above all 'Journey's End, a significant and poignant piece of anti-war literature, Sherriff's legacy includes the continuing influence of what is now known as The R. C. Sherriff Trust. When he died in 1975 his beloved Rosebriars was bequeathed to the people of Elmbridge for cultural and social purposes. In 1993, after deciding that the cost of maintaining the property was prohibitive Elmbridge Borough Council sold it to developers for £2.3 million. The capital was invested to be administered by the newly formed Rosebriars Trust, the forerunner of the current Trust. Based in Walton, the R. C. Sherriff Trust has an annual income of approximately £160,000 of which £60,000 to £70,000 is given out in grants of up to £2,000 a time. Such grants have been used to support Claygate's Music Festival, to provide stage flooring for the Vera Fletcher Hall in Thames Ditton, to fund concerts at the Princess Alice Hospice, to provide recording equipment for Hinchley Wood School and to support Elmbridge Community Link for adults with learning difficulties.

'Journey's End' is still studied on school syllabi and still performed in London and regional theatres: the Duke of York's Theatre in the summer of 2011 (London); the Lowry Theatre in November 2012 (Salford Quays); and, the Greenwich Theatre in February 2013. The First World War as for so many others transformed R. C. Sherriff's life for ever. Out of his experiences this modest man produced a work of literature which communicated what Wilfred Owen called 'the pity of war' to contemporaries, to subsequent and no doubt future generations. 'Journey's End' is his enduring legacy. 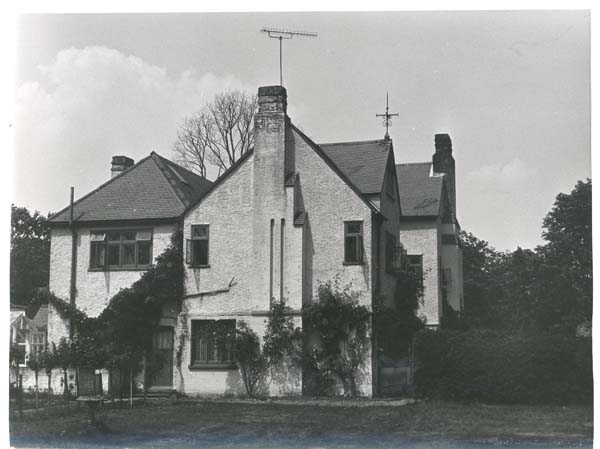