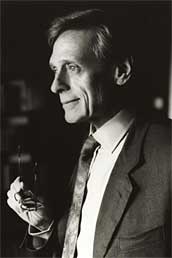 Ronald Michael Segal was born into a privileged South African family. His father was the co-owner of Ackerman's, a large chain of clothing stores. However, after attending Cape Town University, Segal's eyes were opened to the unjust social and political reality of life in South Africa under apartheid. Apartheid is an Afrikaans word meaning 'separateness'. It was the name given to the system of legalised racial segregation introduced and enforced by the National Party government of South Africa in 1948. Under the apartheid regime, which lasted until 1993, the rights of the majority 'non-white' inhabitants of South Africa were curtailed to maintain, and often violently enforce, the minority rule of white people. Segal continued his academic studies at Trinity College, Cambridge, and the University of Virginia in Charlottesville, but in 1956, he returned to Cape Town, and launched the literary and political periodical Africa South. The new journal gave a voice to liberal and radical thinkers, many of them fierce, young opponents of the apartheid regime in South Africa, like Alan Paton, author of Cry, The Beloved Country (1948). In total, from October-December 1956 to October-December 1961, 21 issues of the important and influential journal were published in Cape Town and later London, with contributors including, Ruth First, Alex La Guma, Colin Legum, Julius Nyerere, Cyprian Ekwensi, Ezekiel Mphahlele, Nadine Gordimer, G D H Cole, Helen Joseph, Basil Davidson, Walter Sisulu, Kenneth Kaunda, Joshua Nkomo, Barbara Castle, Leo Kuper, Anthony Wedgwood Benn, and Louis Blom-Cooper. In 1961, Segal published an early piece by Nelson Mandela, called 'Out of the Strike'. However, by the late 1950s, the South African government was becoming increasingly sensitive and intolerant of internal criticism. Segal's editorials were frank, combative, and outspoken, and when he went on a speaking tour of US college campuses to promote an economic boycott of South Africa his arrest became inevitable. In 1958, Segal collected a defence fund in Cape Town for Nelson Mandela and other African National Congress (ANC) members who were on trial for treason in Pretoria. Shortly afterwards, Segal was caught by the authorities in a black African township, distributing pamphlets that called for a boycott of Afrikaner businesses. He was arrested. Under apartheid law, he could be detained indefinately without trial. When he was released, his passport was confiscated, his right to travel freely was curtailed, and he was officially labelled a 'communist', which made it a criminal offence for him to associate with any other people the authorities deemed to be a risk to state security. On 21st March 1960, after a day of demonstrations by black protesters in the South African township of Sharpeville in Transvaal (Gauteng), the South African police opened fire on the crowd, killing 69 people. Following the Sharpeville Massacre the ANC was banned. The following week saw a vast escalation of protests and riots around the country. On 30th March 1960, the government declared a state of emergency, and detained over 18,000 people deemed a threat to the state. Universal international condemnation followed the Sharpeville shootings. Demonstrations of solidarity against the South African regime took place in many countries around the world, and after complaints by twenty-nine Member States, the United Nations Security Council passed Resolution 134 on 1st April 1960. The resolution was adopted with nine votes, although France and Britain abstained. Sharpeville marked a turning point in South Africa's history as the apartheid government was increasingly isolated from the international community. The event also hastened South Africa's departure from the Commonwealth in 1961. The ANC leader, Oliver Tambo, had little option but to move the ANC leadership abroad. Narrowly avoiding arrest in Cape Town, Segal and Tambo drove north, crossed the South African border into exile into British Bechuanaland (now Botswana), and eventually fled to England. He continued to publish Africa South in exile for a few editions but eventually Pretoria forced the magazine out of business. After the Sharpeville Massacre, the international English-speaking world's interest in African literature and politics was awakened, and Tony Godwin, the chief editor of Penguin Books, invited Segal to launch the Penguin African Library. The pioneering series eventually saw the publication of 65 titles, introducing many contemporary African writers into the canon of world literature, including Basil Davidson, and Ruth First. Segal's friend and fellow anti-apartheid activist, the journalist and scholar Ruth First, was assassinated by a letter bomb at the University of Maputo in Mozambique, on 17th August 1982. The bomb was sent on the order of a major in the South African Police. Following her murder, Segal founded the Ruth First Memorial Trust to support Southern African studies with travel and research grants. Beside publishing and editing other writers, Segal was also the author of fourteen books, including the autobiographical Into Exile (1963), and several groundbreaking works on international affairs, African Profiles (1962); The Crisis of India (1965); The Struggle Against History (1973); Race War: The Worldwide Conflict of Races (1967), America's Receding Future: The Collision of Creed and Reality (1968), and The Black Diaspora: Five Centuries of the Black Experience Outside Africa (1995) When he finally returned to visit South Africa in 1992, Segal was given to a hero's welcome, sharing a stage with Nelson Mandela, Oliver Tambo, and Joe Slovo.

Two years after going into exile in England, Segal married Susan Wolff. They lived in The Old Manor House in Walton-on-Thames. In June 1987, the Segals hosted a meeting at their home in Walton between Oliver Tambo (1917-1993) and Thabo Mbeki of the African National Congress (ANC), and Chris Ball, the chief executive of Barclays Bank in South Africa. It was the first of a series of meetings, which eventually convinced the multinational business community to support the ANC to end apartheid. Segal gave the same commitment to local issues that he had to South African and international affairs. He founded the Walton Society, a residents' association whose members successfully ran for election with independent allies to Elmbridge Borough Council. He also chaired a campaign against Surrey County Council's plans for a new Walton Bridge.